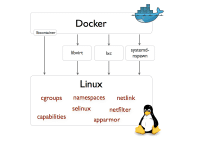 charm
is a set of action and hooks
actions are programs
hooks are events and signals
LXC - Linux Containers
is an operating-system-level virtualization method for running multiple isolated Linux systems (containers) on a control host using a single Linux kernel
cgroups limitation and prioritization of resources (CPU, memory, networking)
namespace isolation isolation of working environment including processes, networking, users and filesystems
LXD
system container manager.
Hypervisor, but for linux containers
Uses prebuilt images
Under the hood, LXD uses LXC through liblxc and its Go binding to create and manage the containers.
LXD container to run juju

There are several isolation programs available

In order for OSM to work, it is assumed that:

To be able to serve a site on HTTPS from localhost you need to create a self-signed certificate3.

Capabilities of vim-emu? What can it do?