Everything Great About Git 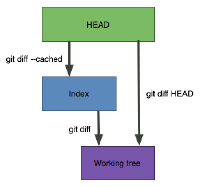 How to read git diff output?

How to view git diff

Shows the changes between the working directory and the index. This shows what has been changed, but is not staged for a commit.

Shows the changes between the index and the HEAD (which is the last commit on this branch). This shows what has been added to the index and staged for a commit.

Check whitespaces only on python files

Allows us to run custom scripts whenever certain important events occur in the Git life-cycle, such as committing, merging, pushing etc3.

Some use-cases which could be achieved using hooks4

Save hooks in your dot-files. carry them with you wherever you go

Reuse your hooks in every project

How to get changes from master?

How to generate and apply patches